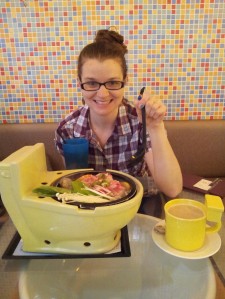 To set the tone of this blog, it seems appropriate that the second post, or – dare I say it – number 2, should highlight some attractions related to toilets and excrement. After all, those subjects form the building blocks of great punchlines (for toddlers) and are highly fascinating (to plumbers and also toddlers). Sadly, my adult life* has been mostly devoid of bathroom-related entertainment. That is, it had been, until I moved to East Asia.

In South Korea and other countries in the region, it seems that the discussion of what comes out of your body is often embraced, rather than discouraged. The toilet is revered, rather than taken for granted. In Japan, you can even buy a Golden Poo as a good luck charm. (Granted, this is a recent creation, but it’s a popular one!) My travels have taught me that there is no age limit to understanding the hilarity of poop, and that in addition to toilet humour, there also exists a great deal of toilet seriousness.

Here are a few of my favourite crappy places in East Asia:

This is a bathroom-themed restaurant! As in, you sit on a (clean, non-functional) fancy toilet seat, at a table designed to look like a sink, with poop-shaped ornaments hanging from the ceiling. You can order hot pot that comes in a toilet-shaped dish (and is actually very tasty). I’ll let you guess what shape to expect if you order chocolate ice cream for dessert.

I highly recommend visiting Modern Toilet! They do rush you a bit, because it’s such a popular place, but I was smiling the whole time (and taking pictures, because how can you not). My only disappointment was the bathroom! It was just a normal bathroom. But I guess you have to draw the line somewhere.

Obviously this is not a place to eat real poo. It’s a place to eat red bean-filled pastry that’s shaped like poo!! So delicious! I’m not being sarcastic here; the fact that it’s shaped like a cartoon version of feces does not make this delightful treat any less tasty. Pro tip: on the top floor of this unique mall, there’s a poo cafe. Like, picture Modern Toilet, but with a comfy cafe atmosphere. I really regret not visiting, but I did peek inside once, and it looked great.

If you like red bean, and you’re in Insadong (which is a great area for visitors to Seoul, so you probably will be), go try Poo Bread! You may even be lucky enough to have the privilege of wearing the turd hat. 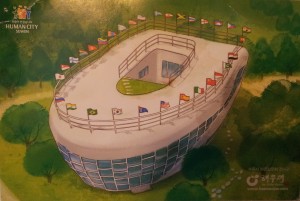 This toilet-shaped, toilet-themed park and museum is in Suwon, just outside of Seoul.  It’s a really fun place to spend a few hours and take a ton of pictures! The grounds were actually my favourite park; a walking path leads you through a garden full of sculptures of old outhouses, squat toilets, people doing their business, pigs going to town, and a larger-than-you-sized spiral of excrement. These are not only intended for entertaining photo ops; they also provide some historical insight into the evolution of sanitary bathrooms. 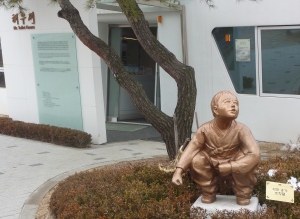 The toilet-shaped museum itself was built by a former mayor of Suwon, Sim Jae-duck or “Mr. Toilet”. Sim improved the sanitation of public washrooms in the city and founded the World Toilet Association (now World Toilet Organization) to improve the cleanliness of toilets internationally. The building contains some interesting displays, like a wall of unique toilet symbols from around the world. If you’re interested in learning more about the history, I’d recommend looking into it online (or learning Korean), because most of the information is in Korean.

Go if you’re looking for some silly fun and photos! I’d recommend this site to people who are living in Korea, or who have a Korean or Korean-speaking friend who can help them get there, as it’s a bit tricky to find.

So whether this leaves you flushed with excitement or you just think it would make for some good shit to write home about, be sure to incorporate some of these quirky attractions into your East Asia itinerary! 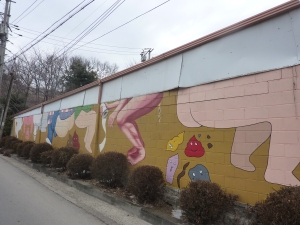 *I did dress up as a toilet once in elementary school, for Halloween. My siblings and neighbours and I went as a kind of “bathroom set”, with a toilet, bathtub, sink, and soap. We argued over who got to be the toilet. So maybe my attraction to these places has more to do with personal interest than their quirky novelty? Something to think about.

I’m Leslie (Les Talk!): an introvert (Less Talk!) who is also super gay (Lez Talk!), and loves to travel (More Travel)! Les Talk, More Travel is about local and international adventures for intrepid queers, lovers of the Pacific Northwest, and other interested humans!

One thought on “Number 2: The Crappiest Places in East Asia”